What You Should Know about Bat Removal in North Carolina

HomeBlogWhat You Should Know about Bat Removal in North Carolina

With most pests that can cause frustration, damage or health problems the solution is to either eliminate them or relocate them. When it comes to bats, however, the situation is a bit trickier. There are more than a dozen different bat species found in North Carolina and one thing they have in common is that they raise their young between May 1 and July 31 each year. During this time, it is unlawful for anyone – pest control companies included – to perform bat removal. 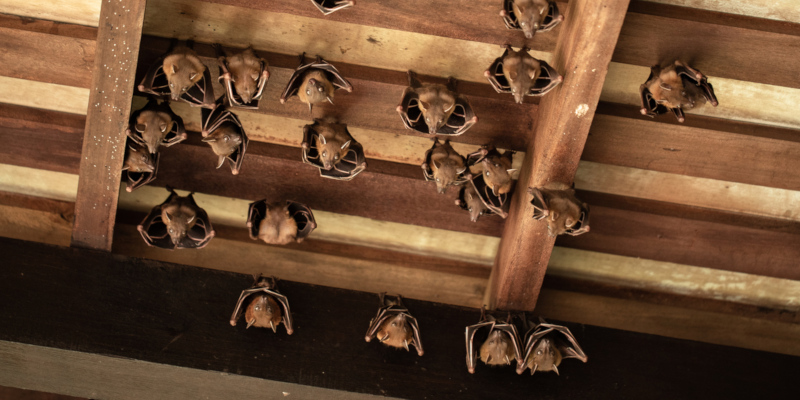 The reason behind this is that if a female is removed and the bat pups are left behind, they will starve to death. Although it can make you be a bit “batty” to think you have bats in the attic of your home, it is important to remember that bats do serve a valuable purpose in our environment, serving as an effective and natural insecticide as they can consume their body weight in insects in an evening’s feeding. Humans have also learned a lot from bats resulting in several advancements such as navigation aids for the blind, blood-clot medications, low-temperature surgeries, and military sonar.

There are several ways you can avoid getting bats inside your home in the first place. One way is to thoroughly inspect for any openings they could utilize to gain access. Another is building or purchasing bat houses to place around your property, so they’ll choose to move in there instead. While bats can be carriers for rabies, as long as you do not handle them, there is very little chance of becoming infected. However, for safety reasons, if you have bats you would like removed and it is not during the restricted months, a bat removal professional should be called rather than trying to deal with it yourself.

If you would like to know more about bat removal, give us a call at The Dead Pest Society. If it is the wrong time of year and we cannot remove them for you, we can put you on the list to take care of the bat exclusion process as soon as it is legal to do so. It requires a depredation permit to avoid a misdemeanor charge during season, but this permit is issued only in the most unusual circumstances, so our policy is to wait until the season ends to handle bat removal. Call today for more information.

At The Dead Pest Society, we serve the Winston-Salem, North Carolina area with diverse and exceptional pest control and wildlife management services.